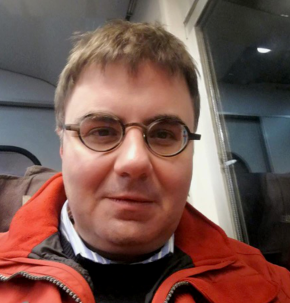 Marco Stassi is professor  of  Harmony  Theory  and  Analysis  at  the  “Antonio  Scontrino” Conservatory of Music in Trapani. He carried out his studies of Composition in 1995 at the “G. B. Martini” Conservatory in Bologna, lead by the composer Alessandro Solbiati.
In 1997, accomplished his Diploma in Composition at the International Academy of Music in Novara and, in 2003, at the “Santa Cecilia” Music Academy, where he obtained a Diploma under the guidance of the composer Azio Corghi.
Awarded in several international and national composition competitions, his works have been published by BMG, Skené Tauri and Kelidon, and performed in Italy and abroad during music festivals and radio broadcasts. He has also published several scientific and educational works.